NOTE: Since tourism is an important part of the Orlando economy, most hotels offer their guests free shuttle service to Orlando’s main attractions and airport.

Orlando Car Rental and Tips To Save Money

Hiring a car is a convenient option for travelling in Orlando. Since Orlando is widely spread out, renting a car is a great option, especially for families with kids.

Since Orlando is an important tourist destination, most large US National Car Rental companies are present in Orlando.

Tips for US Visitors Who Rent a Car in Orlando

Tips for International Drivers in Orlando

Below is a list of some of the Orlando taxi companies and private transport providers. Many of these providers charge based on their meter, whereas some offer passengers the option of a fixed price fare:

NOTE: Uber cars are allowed to drop off passengers at the airport, but are not allowed to pick up passengers from Orlando airport.

Lyft, Mers, Mexi are some of the other phone app ride sharing transport providers in Orlando. 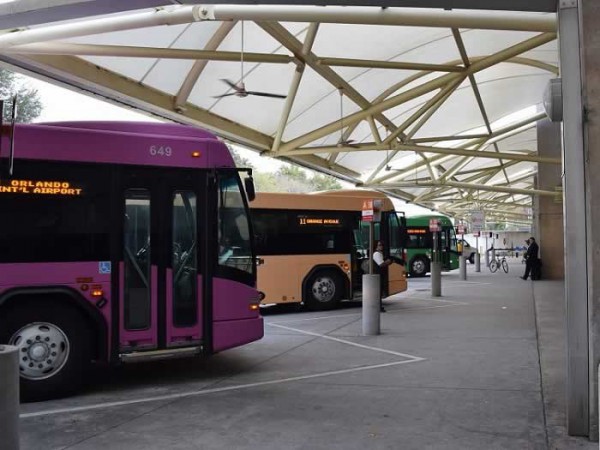 Lynx Orlando and I Trolley are Orlando’s Bus Services 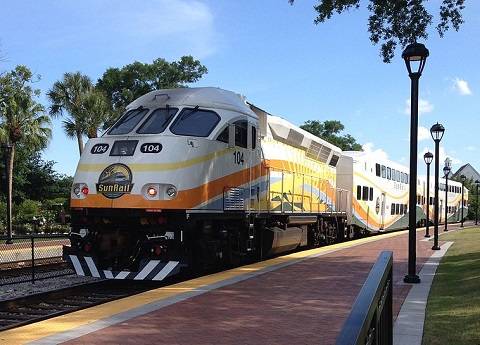 SunRail is Orlando’s Train or Rail Service. SunRail Orlando is a North to South Rail line which starts at the Northern Orlando Suburbs of DeBarry and ends at Sand Lake Road, which is near the Orlando International Airport. Sun Rail Orlando has 12 Rail Stations and covers a distance of 32 Miles (51.5 Kms). Starting early 2018, SunRail Orlando train service will add an additional 4 stations as part of Phase 2. It will then extend from Poinciana in Osceola and Polk counties in the South to DeBarry in the North of Orlando. The Sun Rail Train service will have 16 stations and will cover a distance of 49.2 miles (79 Kms). The Florida counties of Volusia, Seminole, Orange and Osceola (in Phase 2) are covered by SunRail.

Please Note that Orlando’s train service, SunRail, does not cover Disney Orlando, Universal Orlando, SeaWorld and the tourist destination of International Drive. Orlando does not have a Metro rail system.

One way SunRail ticket range from $2.00 to $4.00 and round trip ticket cost $3.75 to $7.50. Children between the ages of 7 to 18, senior citizens over 65 years and people will disabilities pay half fare on SunRail. Children of ages 6 years and younger travel free on Orlando’s train. Lynx Orlando and Votran bus users who intend to use SunRail can request the bus driver to issue a transfer ticket, which can be used on SunRail. Frequent passengers of Sun Rail can purchase discounted reloadable SunCards which are valid for 7 days, 30 days and 365 days.

SunRail trains operate from Monday to Friday. There is no rail service on weekends and holidays. During morning and evening peak time SunRail has a frequency of 30 minutes.

Orlando’s SunRail Train in partnership with Lynx Orlando Bus Service offers a special service to Orlando International Airport. Passengers should get off at Sand Lake Road rail station and take the Lynx 111 Express Service to the Orlando International Airport. On the way back, take the Lynx 111 bus from the airport to Sand Lake Road station. Remember to ask the Lynx Bus driver for a transfer ticket.

From North to South Orlando the stations on SunRail’s route are as follows: